I do like the idea of really high end football mockery. We’ve all made fun of a friend for a miss at five-a-side or Sunday league football but it’s fun to imagine elite players and managers mocking each other because they are only successful in the Europa League.

The Sun reported on some of Unai emery’s comments about Sir Alex Ferguson mocking him for not having a great record in the Champions League. They met at a managers summit and some of Ferguson’s comments have been revealed.

Emery said: “One day we were in Nyon for the coaches meeting and I was defending a lot the Europa League, and he – Ferguson – asked me: ‘But really Unai, do you not prefer to win the Champions League?’

He went on to say :”But at that moment I can be happy and I can defend the Europa League because also I think the Uefa people improve a lot this competition”

To be fair to Emery, his record in the Europa League is pretty incredible. He won it three times with Sevilla and took Arsenal to the final last year. 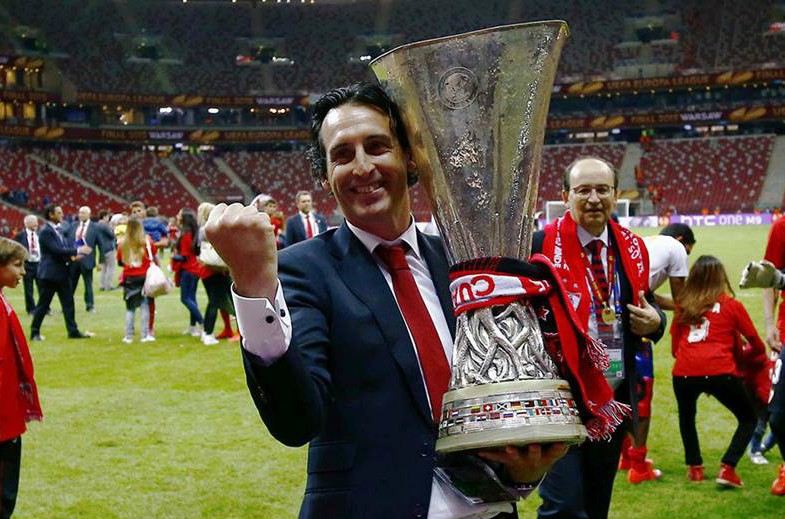 It’s becoming increasingly hard for Arsenal to finish in the top four so it might be that winning the Europa League is the best way for them to qualify for the Champions League next year.

They should get through the group stages this year at least after they were drawn with Eintracht Frankfurt, Standard Liege and Vitoria. They will be hoping to go one better than last year as they made the final only to lose 4-1 to Chelsea.