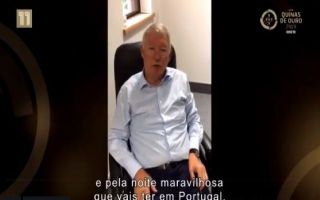 If you go any look back at old videos of Cristiano Ronaldo when he first joined Man United, he’s pretty unrecognisble compared to his current playing style. With the help of Sir Alex Ferguson he eliminated a lot of unnecessary flicks and tricks and became one of the best players of all time.

The respect between the two has always been evident and it continues as Ronaldo’s old manager delivered a video message of congratulations for the superstar. This was in reaction to Ronaldo winning an award as the best Portuguese player:

Sir Alex Ferguson sending a message to Cristiano Ronaldo as he was awarded the best Portuguese player. pic.twitter.com/ndgnWBoyvb

Although Ronaldo eventually went on to leave Old Trafford it’s great to see how much admiration Ferguson still has for his old player, when he could have fallen out with him or been annoyed at him for going.

It’s also worth noting how much emphasis Ferguson puts on Ronaldo growing to become a great human being as well, it shows how important he values great people as well as tremendous footballers.