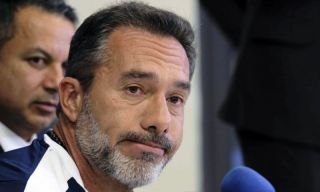 Gustavo Matosas has resigned as Costa Rica boss and has revealed that the decision was down to finding international football boring.

It’s undoubtedly a difficult slog for coaches as the majority of their time will be spent watching players ahead of selecting a squad for international friendlies and major tournaments.

In turn, there is perhaps a lot of down time and repetition involved, while that might not be for all as some coaches prefer to be in the thick of things on a daily basis and training players to help them improve.

That seems to be the case for Matosas, who has conceded that he didn’t realise that the way of an international manager would be so boring to him.

“I realised that in the national side I feel unproductive even though I kill myself watching videos,” Matosas said, as quoted by The Guardian. “It’s not what I like to be doing.”

“It’s tough not having players in the day-to-day to train them. I only have the players for a week every two months and it’s killing me. I didn’t know it was so hard. I thought I would be able to somehow endure it.

“I didn’t know being a national team manager was so boring. I don’t regret it and I don’t leave frustrated because I gave my best. I won’t manage a national team again. I can’t only have the players every two months. It’s not for me.”

While some will argue that he should have been fully aware of what he was getting himself in for beforehand, it’s arguably quite refreshing that he has been so honest about his decision to step down and has simply held his hands up and said that it’s not the gig for him.