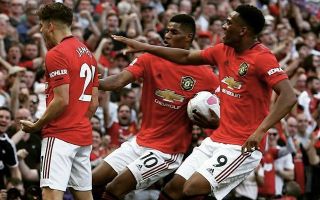 Manchester United new-boy Daniel James has received some big praise from Sky Sports pundit Paul Merson as he discussed his qualities on The Debate.

Watch below as Merson admits he’s a big fan of the young Wales international, who has made a superb start to his Premier League career after a relatively low-key summer transfer from Swansea City.

The pundit explains that James has more to his game than just his blistering pace, as he’s shown what a natural talent he is with a special goal in the draw against Southampton.

The 21-year-old also notably netted against Chelsea and Crystal Palace, and it seems clear to most who’ve seen him play that he should have a great career ahead of him.