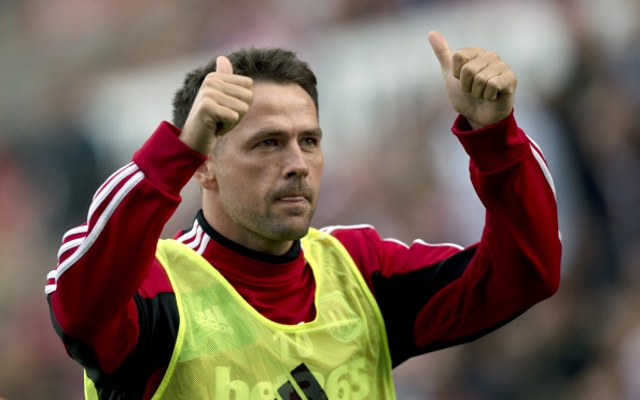 Former Liverpool striker Michael Owen believes there isn’t anywhere near as much loyalty in football as fans think.

Speaking in his new book Reboot, as serialised by the Daily Mail, Owen reveals to have nearly joined Liverpool’s arch rivals Everton after leaving Newcastle in 2009.

In fairness, Owen didn’t do much better by joining another of LFC’s big rivals Manchester United, which long made him a hate figure among supporters at Anfield.

The former England international is quoted as saying he believes it is a lot easier for some players to preach loyalty whilst playing for clubs like Man Utd who keep on winning a high number of trophies.

Owen says players at bigger clubs don’t have their loyalty tested in the same way, though we’re not sure most fans will react well to his claims, as he perhaps sounds like he’s excusing looking to leave Liverpool when he did, which long harmed his reputation with Reds fans.

‘Throughout my career, I’ve heard so many conversations from football fans about which player is loyal and which other player isn’t,’ he said.

‘To me, this is complete b******* and a way of thinking perpetuated by fans that are blind to the badge, as I see it.

‘The truth is: most players just aren’t as loyal as the fans like to think they are. While they’re at their current club, they’ll say they’re loyal – they have to.

‘But if another, bigger club came in for them offering a deal that could improve the lives of them and their family, then you’d see how loyal they really are.

‘The reality is, they only stayed at their club because there was no obvious way to improve on their situation.

‘Manchester United were winning everything. Why would they leave? Their loyalty was never tested because there was nothing to test it with.

‘Being a footballer, therefore, isn’t really about this mythical concept of loyalty.

‘Working in the media as I do now, I could name you a dozen players who were considered very loyal to a particular club but who now couldn’t care less if that team won or lost.

‘It’s all for show – but fans just don’t want to hear that.’