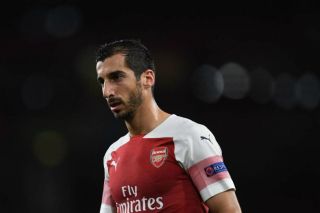 Henrikh Mkhitaryan secured a season-long loan move to Roma last week, as per BBC Sport, and the Arsenal loanee has already been asked about his future plans.

The 30-year-old found himself on the fringes under Unai Emery at times last season, and with the additions of Dani Ceballos and Nicolas Pepe this summer, it’s likely that he would have fallen further down the pecking order at the Emirates.

SEE MORE: Ex-Arsenal boss Wenger finally ready to return to football with new role set to be confirmed this month

In turn, a loan exit makes sense for him to play regularly this season and rediscover his best form and fitness, and he’ll hope to do that with Roma as they look to secure a Champions League qualification spot in Serie A.

Mkhitaryan is sensibly adopting a short-term outlook on his future as he’s focused on playing well for his current club, as he remained coy on his plans beyond this season and whether or not he would potentially seek a permanent move or perhaps even return to Arsenal and move elsewhere if necessary.

“Let’s first see what I can do in Roma and at the end of the season I think we can talk if I will have the possibility to stay or to go to something else, I don’t know,” he told reporters, via VBET News, as reported by the Mirror.

“Now, I cannot say about future, it’s better to be focused on the next games. I’m ready to play in every position and I’m ready to help the team because the club is great.

“The team is a very good team and I’m going to try and do my best to help the team to achieve.”

It’s arguably the best approach to have for a player in his position, as ultimately if he enjoys his football in the Italian capital and they achieve their objectives this season, there is arguably no reason why they wouldn’t try to turn his switch into a permanent one.