It does seem to be a pretty clear sign that Lionel Messi’s future at Barcelona is secure for the next few years. Reports suggest Messi can leave for free next Summer but the President seems fairly relaxed about it all.

On an interview with the Barcelona website, the President Josep Maria Bartomeu admitted that Lionel Messi does have a clause in his contract that would allow him to leave for free next Summer.

The story suggests this is a fairly normal thing, with Xavi, Puyol and Iniesta having similar agreements in their contracts once they passed a certain age.

Despite this Bartomeu says they remain calm about the situation and want Messi to continue playing for Barca until his contract expires in 2021 and beyond.

It’s interesting because you can’t imagine Messi playing for anyone else, yet you would have said the same thing about Xavi and Iniesta. They both decided to move on eventually. The main difference may be that Messi is still one of the best in the world and doesn’t show any signs of slowing down yet. 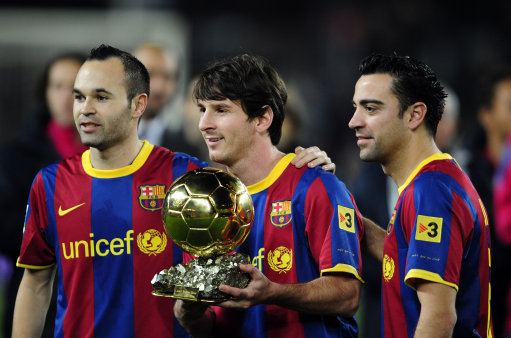 It would be a surprise to see Messi leave, but it would also be fascinating if he did fancy a new challenge and someone came in with an offer or project he felt he couldn’t refuse.