It’s easy to look at Chelsea’s start to the season and think it could already be a write off. Frank Lampard has stuck to his principles of introducing the younger players to the team so far but it looks like a surprising name is set to receive a pay rise and extended contract.

Football Italia have reported that Italian journalist Nicolo Schira has said Chelsea have opened talks with Italian left back Emerson Palmieri. The Italian looks set to increase his salary from €3.9m to €5m and would also get an extra year on his contract.

It’s surprising to see him being in line for this when you consider he’s not one of the first Chelsea players you think of. Additionally Marcos Alonso was so important at left-back under recent managers so Emerson came into the season as the back up option.

He’s played in all four of Chelsea’s league games so far this year and also played for Italy in their latest game. 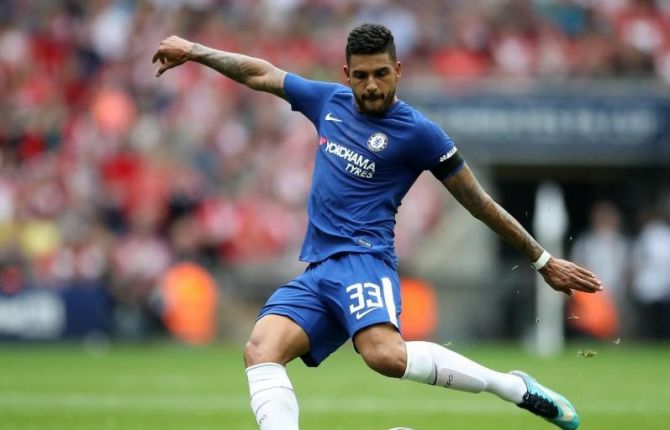 Emerson in action for Chelsea

He has been one of the better players for Lampard so far this year so it’s good to see Chelsea trying to reward players in good form who take their chances.

It should serve as motivation for others in the squad that if they play well they will get an extended chance in the team too.