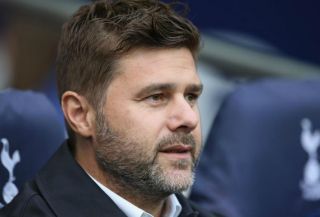 Tottenham have received positive news as Giovani Lo Celso has played down fears that he may have suffered an injury setback while playing for Argentina.

As noted in the tweet below from the Argentine FA, he appeared to pick up a knock during the clash with Chile, raising concern over whether or not he would be returning to England with a potential spell on the sidelines ahead.

SEE MORE: Tottenham could recall loanee in January due to lack of playing time

The 23-year-old has featured in three Premier League games so far this season, all brief appearances off the bench, and so Mauricio Pochettino is undoubtedly trying to ease him into life in England.

However, with other domestic competitions starting soon as well as the Champions League, there is little doubt that Lo Celso will have a bigger role to play as the weeks and months go on, and so Tottenham will be desperate to avoid any injury setbacks.

Fortunately for them, freelance injury analyst Ben Dinnery has posted quotes from Lo Celso himself after the game, in which the Spurs ace has insisted that the blow to his groin is nothing to worry about.

Time will tell if the medical teams agree with his assessment, but he sounds confident that he will not be forced to miss any playing time for either country or club in the more immediate future.

Lo Celso eases injury fears after he was forced off during #ARG friendly with Chile after 53 minutes. "My problem – left groin injury – was only a blow. It is not something to worry about." #COYS

As noted by the Guardian, Lo Celso joined Tottenham this summer on an initial loan deal from Real Betis with an obligation to buy for €60m if they qualify for the Champions League.

In turn, he’ll be looking to not only impress on an individual level but also to help Tottenham achieve their objectives and ensure that his switch to north London becomes a permanent one at the end of the season.