Lokomotiv Moscow centre-back Solomon Kvirkvelia is finally open to joining Leicester City, who have been chasing his services for quite a while.

According to Leicester Mercury, Kvirkvelia turned down the chance to sign for the Foxes for €10 million back in 2017, with it his desire to remain in the Russian Premier League.

The 27-year-old helped Moscow win their domestic league in 2018, but they just fell short of defending their title last season, with Zenit St Petersburg pipping them to the final post.

Leicester Mercury reports that Kvirkvelia’s agent Mamuka Dzugheli has revealed his client is willing to complete a long-awaited transfer to the King Power in 2020, having performed a u-turn regarding his future plans.

“He is 27 years old, he does not give up, and I think, will go in due time,” Dzugheli told Sport Business Gazetta, as per Leicester Mercury.

“He would go to Leicester. Kvirkvelia knows himself and believes that he will have good offers.” 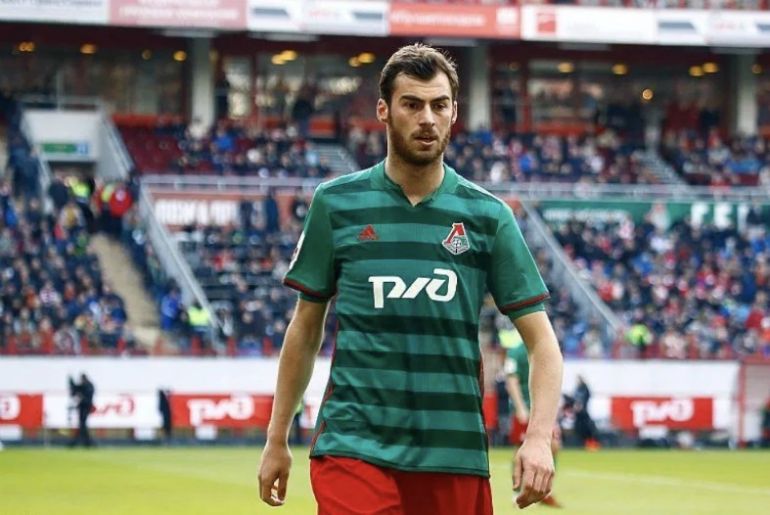 Kvirkvelia in action for Lokomotiv Moscow

Brendan Rodgers managed to sign five new players in total over the summer, including Ayoze Perez and Youri Tielemans, but he was unable to bring in a replacement for Harry Maguire, who joined Manchester United.

Leicester now only have Jonny Evans, Caglar Soyuncu, Wes Morgan and Filip Benkovic to call upon in the heart of the defence, which means extra reinforcements will be needed in January.

Kvirkvelia would be a great addition to the Foxes’ ranks, but it remains to be seen whether or not the club will reignite their interest in a long-term target, two years on from their failed bid.

Fears for Leicester City star who could miss summer’s Euros