Tottenham could reportedly opt to recall Jack Clarke from his loan spell at Leeds United as the youngster isn’t getting enough playing time.

The 18-year-old signed for Spurs this past summer, but was immediately loaned back out to Leeds with a view that he would have a better chance of playing a more prominent role to gain experience and improve his game.

However, he has been limited to just two appearances this season, both of which have come in the League Cup as he has yet to feature in the Championship.

That’s largely down to the fact that Marcelo Bielsa can only include five loan players in his matchday squad, and so far, Clarke has been the one to miss out.

With that in mind, Football London reporter Alasdair Gold has reported that Tottenham do have the option of recalling Clarke in January and much will depend now on whether or not his situation changes at Leeds between now and the New Year as to whether or not his stint at Elland Road is cut short.

“As for Jack Clarke, Spurs do have a recall clause for January and it will depend on how much he plays in the coming months. Leeds have an issue with having six loan players and EFL rules only allowing five in a matchday squad.

“Pochettino does not believe he’s ready for the Premier League just yet and if he’s not getting in Bielsa’s team either then that would seem a fair assessment so perhaps another loan move would be the best outcome.”

It’s added that the likelihood is that the youngster will then be shipped out on a different loan deal with the same hope that he can play significant minutes in the second half of the campaign to come back to Spurs a better player in the summer. 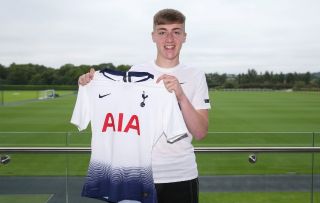 (Photo) Jack Clarke poses with Tottenham shirt as these Spurs fans name the transfer they want next July 2, 2019 10:23
Tottenham FC

Done deal: Tottenham confirm first signing in 517 days and he won’t even play for the club next season July 2, 2019 10:10
Tottenham FC 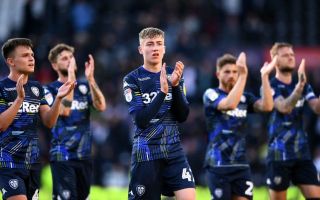 Tottenham told to double their bid for exciting young winger May 26, 2019 19:14
Tottenham FC