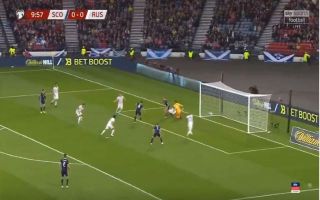 John McGinn has always stepped up and shown he belongs on any stage he performs on. He transitioned from St Mirren to Hibs to Aston Villa fairly easily, and doesn’t look out of place in the Premier League either.

This might not be exactly how he dreamed it, but he’s scored his first Scotland goal tonight against Russia.

READ MORE: “He doesn’t even want to be there”: These fans react to Scotland starting XI vs Russia

Admittedly the keeper will be having a word with himself for essentially gifting the opportunity to McGinn but it still needed to be put away.

It’s a game that Scotland really need to win and it’s brilliant to see them actually get an early lead at home.

They look dangerous on the counter attack with Andy Robertson, James Forrest and Ryan Fraser’s pace looking effective against the Russians so hopefully they can score some more.

Here is the McGinn goal:

Guilherme has a nightmare from Fraser’s cross and McGinn is on hand to turn in the rebound. 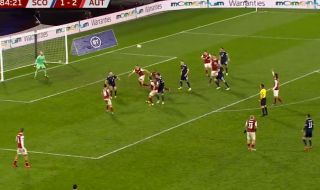