The great Samuel Eto’o announced his retirement this week after countless titles and goals in a career that saw him star for Barcelona and Inter Milan among many other teams. To try and show a bit of appreciation for him and African football in general, here’s an attempt to put together an all time African XI.

Of course Eto’o has to feature in this, but the list of players who didn’t make it in is almost as impressive as some of the players in the team its-self. As a small disclaimer i’ll readily admit my knowledge of African full-backs isn’t brilliant but i’ve tried to avoid doing a Garth Crooks and selecting a 1-2-7 formation: 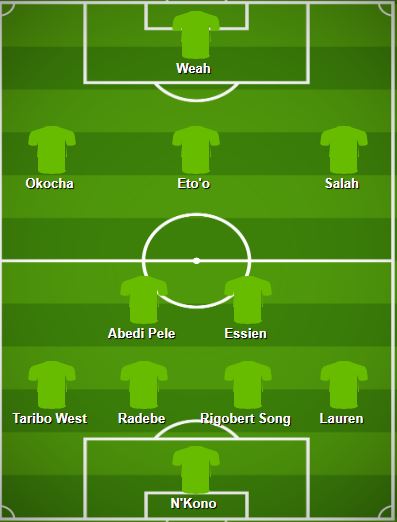 We will touch on some of those who had to miss out in a little bit, but this starting XI is utterly phenomenal and would be able to take on anyone in their prime.

Even someone like Lauren who you wouldn’t consider as a star name is a multiple time FA Cup and Premier League winner, while also being a key member of “The Invincibles” who went undefeated in the 2003-2004 season.

Going forward is where the team truly excels. Eto’o, Salah and Weah would provide a formidable goalscoring threat while Jay-Jay Okocha could roam around and torment defenders with a variety of flicks and through balls to his teammates. 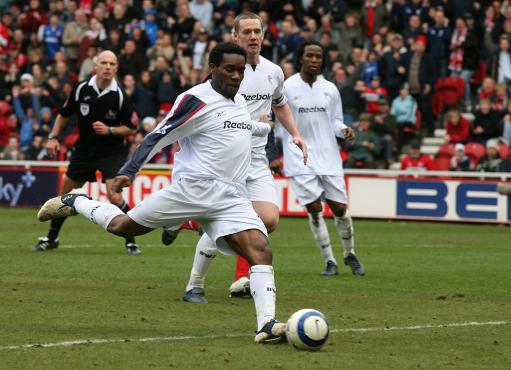 Okocha was always fun to watch at Bolton

It becomes even more impressive when we look at some players who didn’t make it. Roger Milla, Didier Drogba, Salif Keita, Yaya Toure, and Mohamed Abou Trika are all considered all time greats in their respective countries.

In terms of Eto’o his career has been extraordinary. He ends with 370 goals in 759 senior club appearances and  56 goals in 118 caps for Cameroon.

He’s also won an amazing amount of trophies in his time, including Serie A, La Liga, the Champions League as well as two African Cup of Nations titles with Cameroon in 2000 and 2002.

At the age of 38 it was probably time for him to call it a day, and he will absolutely go down as one of the best strikers of all time.