It’s been a pretty meteoric rise for Ansu Fati at Barcelona over recent weeks. Most people who don’t follow the youth teams won’t have heard about him until recently, yet he’s already playing for the first team and had sparked a battle between Spain and Portugal over who he would play for.

According to a report in Sport, he is eligible for both Spain and Portugal but the player has already decided that he absolutely wants to play for Spain.

The battle may not be completely over as he still needs to obtain Spanish citizenship in order to play for the country.

The report suggests that his father is currently applying for a Spanish passport in an effort to hurry that process up. Despite that Portugal have still told the player and his family that they are determined to get him to play for them. 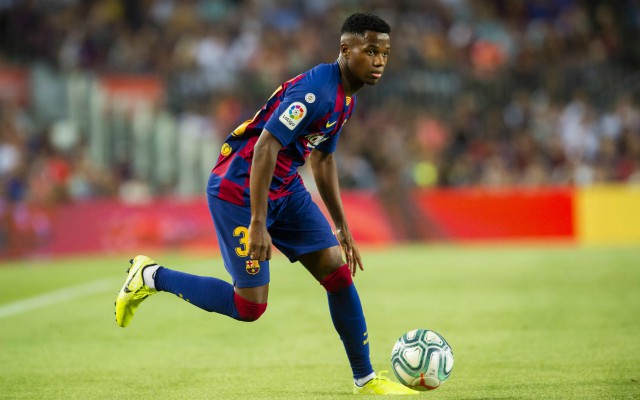 Ansu Fati in action for Barca

There’s an U17 World Cup in October this year and Spain are hopeful they will be able to have him registered and able to play in time for that.

He won’t turn 17 until October yet he’s already scored in La Liga for Barca. He could hugely benefit from the failure or Barcelona to secure the return of Neymar, as it means he should continue to get some chances int he first team.