Eddie Nketiah has revealed that Arsenal manager Unai Emery was keen to keep ahold of him for the season ahead.

Nketiah, who made his first team debut for the Gunners during the 2017/18 season, was sent out on loan to Championship side Leeds United during the last few days of the transfer window, with the 20-year-old making an impressive start to life at Elland Road following this move.

The England youth international has bagged three goals in his first five appearances for Leeds in all competitions, with two of these goals coming in the League Cup.

Nketiah’s early form for Leeds has been very promising, and following this, it’s easy to see why Arsenal boss Emery was to keen to keep the forward at the Emirates this season.

As per the Sun, Nketiah has been speaking on his move to Leeds recently, with the youngster stating “The manager wanted me to stay so it’s really confidence-boosting for me that he had me in his plans. But I felt like it was a good step for me to come to Leeds.” 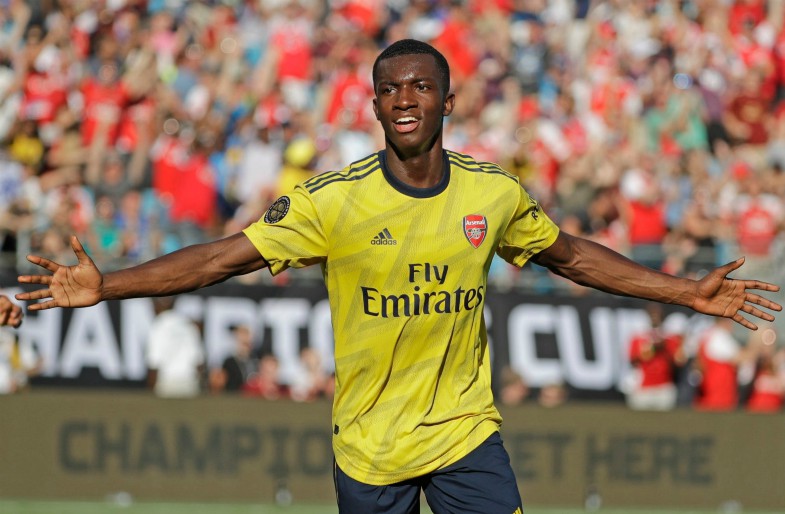 Given the options Arsenal have to choose from in attack, a loan move away for Nketiah was probably the move that was best for all parties.

Not only do Leeds get a young, hungry forward on their hands for this season, but Nketiah himself gets to gain some valuable first team minutes in the Championship, something that’ll undoubtedly help his improvement and aid his attempts to become a first team regular for Arsenal in the future.