Michael Owen has been in the news a lot recently as he tries to build some attention for his latest autobiography. Thankfully there are actually some interesting stories coming out of this one. Anyone who attempted to battle through his first book will be aware it might be the dullest read of all time.

Another great story from his latest book was reported by The Sun. It’s sad but also funny when you know things have turned out okay for Gazza.

According to the story, Michael Owen explained the time that Gazza turned up at the Bernabeu reception aged 38 with his football boots. Owen describes him as not being in the most stable frame of mind at that point so you can only assume he had arrived thinking he would be able to play.

READ MORE: Michael Owen reveals the staggering debts he built up while bored on England duty

Owen said: “I walked into the reception area at Real Madrid and there, in front of me, was Gazza.When I looked closer, he was carrying a pair of football boots. I thought for a split second: What? Have we signed him?”

He went on to explain: “Then reality kicked in when I rationalised with myself that, as good as he had once been, there was no way that Real Madrid would have signed Paul Gascoigne in 2005” 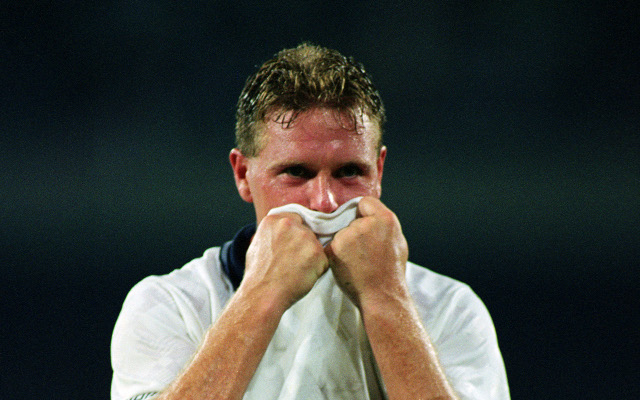 Gazza in action for England

Gazza has had some well publicised issues over the past few years so it’s great to hear the story say he’s now in a much better place. He’s undoubtedly one of the most loved and talented players to play for England.

Unfortunately we don’t get to hear exactly what happened after Gazza turned up at the reception, he would probably still have the talent to show a few tricks and flicks even now.

Owen only lasted one season in Madrid before signing for Newcastle United in 2005. He did manage to score 16 goals in 45 games for Madrid during his time there.