Chelsea are going through a very interesting transition phase at the moment, Frank Lampard is having to introduce a lot of young players to the team and it’s reflected in some poor results so far. Chelsea fans voted for their best starting XI and it shows how far they have fallen in recent years.

Of course there’s the matter of the transfer ban which has stopped them strengthening this summer, but here is the starting XI the fans voted for:

We asked Chelsea fans to vote for the Blues’ best XI, do you agree with their votes? pic.twitter.com/Tf31epANIb

There’s no denying the team has a great deal of potential but many will judge Lampard on his results this season. It’s hard to make a case that this side is capable of finishing in the top four this year and the Champions League has to be the minimum aim every season.

Players like Abraham, Mount, James and Hudson-Odoi have either shown flashes or that they can perform in a lower level like the Championship. Of course they need to be given a chance to establish themselves at the top level but it’s not a side that strikes fear into the opposition.

The main issue is the amount of young players who have suddenly been asked to take on a huge amount of responsibility. In the past they have had a spine featuring players like Drogba, Lamaprd, Terry and Essien. 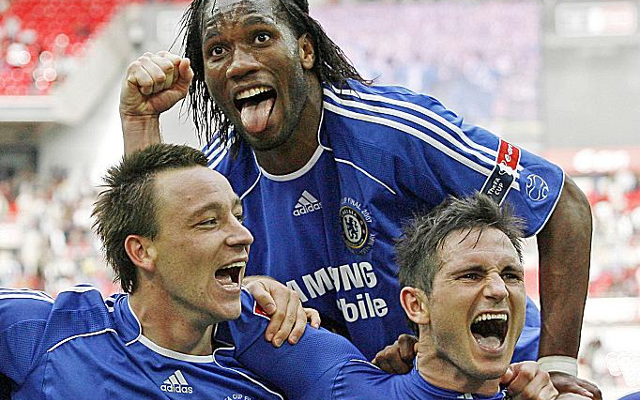 This current side is a huge drop-off from the Lampard, Drogba and Terry days

This team needs to come with tempered expectations, If Lampard is given time to develop these youngsters then this side could be phenomenal in three or four years time.

Ideally the young players could be slowly introduced while surrounded by experienced talent but a lot of the youngsters have been pitched straight in.

The issue is it’s not clear that the board or fans have shown they will accept a few years of mediocrity to take a huge step forward in a few years. Based on current ability this is one of the worst Chelsea teams on paper since Roman Abramovich took over.