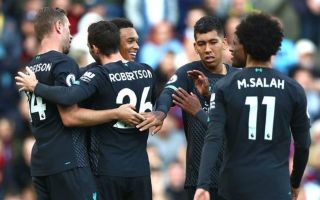 Former Arsenal manager Arsene Wenger has hailed Liverpool star Roberto Firmino for his generosity and dedication towards the team.

The Brazilian is undoubtedly one of the best forwards in the world. Mohamed Salah and Sadio Mane are both prolific scorers but ore often than not Firmino finds the spaces and sets up goals for them.

Wenger heaped praise on the 27-year-old for his unselfishness and commitment towards the team. As quoted by Metro, the former Arsenal boss told beIN Sports: “But you forget a little bit the guy who sacrifices himself is Firmino. And like Suarez did for Messi and Neymar, [Firmino] is the guy who works for the team, who works for everybody and gets them to shine. This piece of the jigsaw is always difficult to find, a striker who is generous.”

This is a very accurate description of Firmino by Wenger. The Brazilian has become a very integral player under Jurgen Klopp because of his pace, creativity and vision. He scores goals but more than often initiates attacks from the middle of the park.

Firmino may start as a centre-forward but during the match, he frequently collects the ball form a deeper position. He is a complete team player who Liverpool are extremely lucky to have.

The 27-year-old is currently with his national team. He started in yesterday’s match against Colombia and may also feature in their next fixture against Peru.