Some football fans are disappointed with EA Sports’ take on the Premier League’s ten fastest players on FIFA 20, here’s how the gamers reacted to the news.

Eagle-eyed viewers of the latest FIFA 20 trailer noticed a snippet which revealed the Premier League’s ten fastest players in the upcoming iteration of the popular game.

Wolverhampton Wanderers winger Adama Traore defends his crown as the league’s quickest player and also one of the most frightening speed demons in the game.

Take a look at the top ten list below: 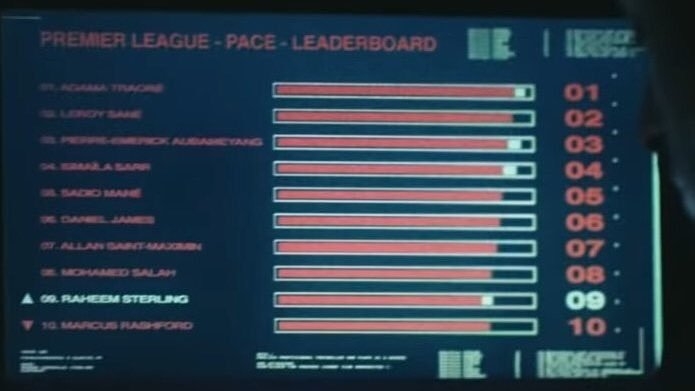 Here’s how some fans have reacted to EA’s assessment of the quickest players in England’s top flight:

So they’re trying to tell me Aubameyang, Mane and Sane are faster than Daniel James??? No respect Fuck #FUT20

Are you kidding me !!

Is BeLlErIN a TeNnIs PlAyEr ThEn

How is sterling slower than Salah lol

It’s surprising to see stars like Hector Bellerin missing out on a spot in the top ten, although the full-back’s recent long-term injury is an understandable reason for dropping his pace stats.

Once Bellerin returns for the Gunners, will he be as quick as he was before his injury?

We assume that these stars, especially less expensive aces; Traore, Sarr, James and Saint-Maxim, will be used by a countless number of players who will be hoping to get their Ultimate Team’s off to a flying start.