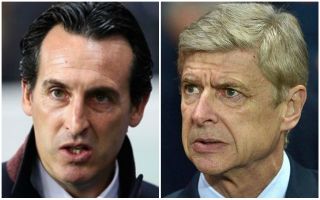 Former Arsenal manager Arsene Wenger has provided a fresh update on his situation as he remains out of the management game since leaving the Emirates Stadium at the end of the 2017/18 season.

The Frenchman remains a Premier League legend but may perhaps be past his best now as he seems to struggle to find a new role coming up for him since ending his 22 years as Gunners boss.

Wenger has admitted, however, that he’s had contact with some figures at Arsenal about what sounds like some kind of a role working alongside or above new head coach Unai Emery.

It seems, though, that the 69-year-old is not keen on such a role that would see him return to his old club in less of an involved role than the one he held for so long in his first stint.

One imagines, however, that many Arsenal fans would gladly welcome Wenger’s presence again despite a difficult time to the end of his spell as manager.

“I have been in touch with some people at the club but I felt when you go like that you cannot be half in, half out,” Wenger told beIN Sports, as quoted by football.london.

“You let people who come in work their way. And I wanted to take a complete distance.

“It’s still a bit early, maybe, to go back. I haven’t been back at the club.”