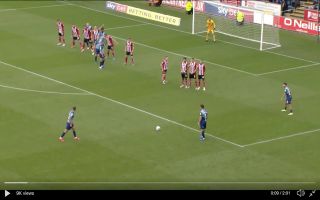 Wycombe Wanderers ace Joe Jacobson showed that he’s one of the best dead-ball specialists in England by scoring a hat-trick from set-pieces against Lincoln.

Left-back Joe Jacobson achieved a wonderful feat for League One side Wycombe Wanderers in their clash against Lincoln City yesterday.

The defender managed to score a hat-trick, solely from set-pieces, including two corners and a stunning free-kick.

The former Wales Under-21s captain opened the scoring in his side’s 3-1 victory just five minutes in. The ace curled a lovely free-kick into the top corner.

The 32-year-old extended his side’s lead by firing a dangerous corner into the box in the 35th minute, many fans recognise the effort as Jacobson’s goal – though it is also being registered as an own goal.

Jacobson clearly wanted to answer any question marks over his left foot’s ability as he effortlessly floated another corner straight into the back of the net in the 75th minute.

After looking at the goals, Jacobson should be officially credited with the second effort – which will seal a stunning hat-trick for the ace.

Take a look at the defender’s goals below:

Set piece hat-trick including scoring from two corners. You have to see it to believe it. ?
pic.twitter.com/G3kY3bZePm

Our perfect home league record continued with our 10th, 11th and 12th goals at Adams Park this season…

All from the left boot of @joe_jacobson.

Jacobson should be immensely proud of his achievement, it takes some player to do this. 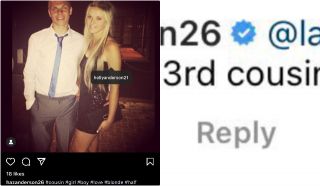