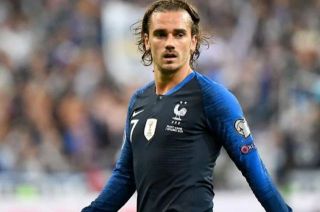 Antoine Griezmann missed from the spot in France’s 4-1 over Albania in Paris on Friday night, and he has jokingly said it’s his wife’s fault.

The reigning World champions won’t have been too concerned with the penalty miss given that they went on to win comfortably regardless.

Nevertheless, Griezmann himself would undoubtedly have been disappointed to not add to his tally for his country, but he has a specific reason as to why he wasn’t able to convert.

“I don’t know [what happened]. I don’t know,” he told reporters, as quoted by the Mirror.

“As I said earlier, maybe it’s because my wife didn’t watch the game! I was on a good run but we can’t score every time. Too bad, I’ll have to work on it.”

It’s unclear what Erika Choperena thinks of the blame and responsibility for the miss being put on her shoulders, but it’s fair to say that Griezmann said it in jest and will hope for a better outcome next time he steps up from 12 yards out.

As noted above, it didn’t end up costing France the victory which was the most important thing from their perspective, while the Barcelona superstar will hope to put things right in their next outing and continue to play a key role for the Catalan giants this season too ahead of Euro 2020. 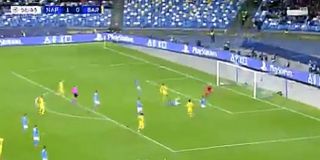