Barcelona are said to be ‘optimistic’ regarding Lionel Messi and Luis Suarez being able to recover in time to play against Valencia in La Liga this weekend.

This is according to Spanish outlet AS, who also state that the club hold this view despite both Messi and Suarez not taking part in first team training on Monday evening.

The report further states that the club are also hopeful that Messi and Suarez will then be able to play against Borussia Dortmund in their Champions League opener next week as well.

Barca will need their best players available if they are to beat Los Che on Saturday, as their opponents are no easy team to face.

Valencia beat the Blaugrana in the Copa Del Rey final back in May, which was the last time these two teams met, and given this, Valverde’s side will surely be looking to get revenge against their opponents this weekend. 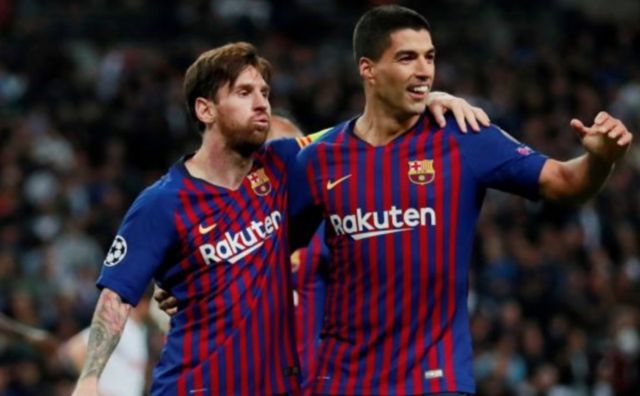 Barca themselves have made an average to start to life in La Liga this term, with the Blaugrana winning one, drawing one and losing one so far.

This patchy form can be somewhat attributed down to the fact that Barca have sustained so many injuries this season, with Messi and Suarez being joined on the sidelines by stars such Ousmane Dembele.

Will Suarez and Messi make it back in time to play against Valencia in four days time? Looks like the club themselves think they will be!