Chelsea striker Tammy Abraham has revealed his mum was in tears as she reacted to the Blues ace receiving vile racist abuse after his penalty miss in the Super Cup against Liverpool.

The young forward has made a strong start to the season for Chelsea, but had to bounce back after an early setback as his decisive penalty kick against Liverpool was saved, handing the Reds the trophy.

While players getting criticism for missing scoring chances in big games is nothing new, it’s certainly disturbing to see the rise of some so-called fans resorting to racist abuse in situations like this.

As reported by the Guardian, Manchester United duo Paul Pogba and Marcus Rashford have unfortunately received the same treatment this season, with the BBC reporting on claims by charity Kick It Out that racist abuse incidents in football have been on the rise.

Discussing the foul insults he received, Abraham told CNN how it affected him and his family and has thanked his team-mates and manager Frank Lampard for the support he’s had.

“I remember speaking to my mum, she was emotional, she was in tears,” the 21-year-old said.

“It’s obviously not nice, seeing your son getting abused. My mum was just thinking, ‘Why him?’

“For me, I am a strong character, it doesn’t affect me as much, but it could affect people who don’t have my personality.

"I had a lot of abuse after. Frank Lampard always had his arm around my shoulder"

“I was sat in the changing room straight after the game and went on my phone. I wasn’t going to shy away from the situation, although I did have some supportive messages. The other side is not nice to hear.

“I went through a lot of emotion after the penalty miss. I had experience of taking penalties last season, big ones as well. Everyone misses penalties. To miss the penalty… I was devastated and I had a lot of abuse after.” 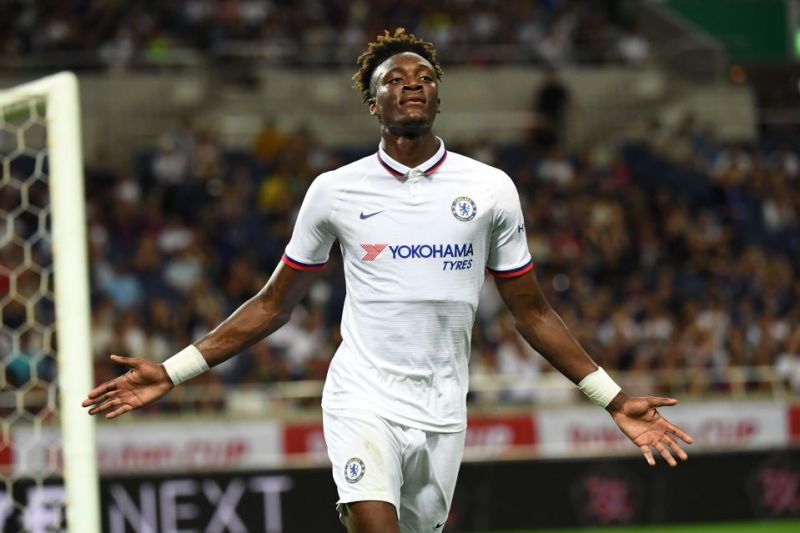 Tammy Abraham in action for Chelsea

Abraham, who has made two international appearances for England, praised the support he has received from his club, his team-mates and his manager.

“Frank Lampard always had his arm around my shoulder lifting me up, the boys as well, it was like I never missed with the way they supported me and lifted me up – that is exactly what I needed.”