Arsenal manager Unai Emery has spoken highly of one of the Gunners’ top performers this season, the Spaniard adds that the ace’s development has been ‘amazing’.

According to an interview with Arsenal’s official website, Gunners boss Unai Emery has revealed that ace Mateo Guendouzi is an ‘example’ of well the north London club can develop young talent.

Emery added that the midfielder’s growth has been ‘amazing’ since he arrived from France.

Guendouzi joined the Gunners from French Second Division side FC Lorient 18 months ago for a fee in the region of £8m, according to Sky Sports.

The 20-year-old midfielder has been a revelation for Arsenal so far this season, starting all four of their Premier League clashes since the beginning of the new campaign.

Former PSG and Sevilla boss Emery also revealed that the Gunners worked on some different things with the ace – including his diet and strength training, in order to get him to the level he’s at now. 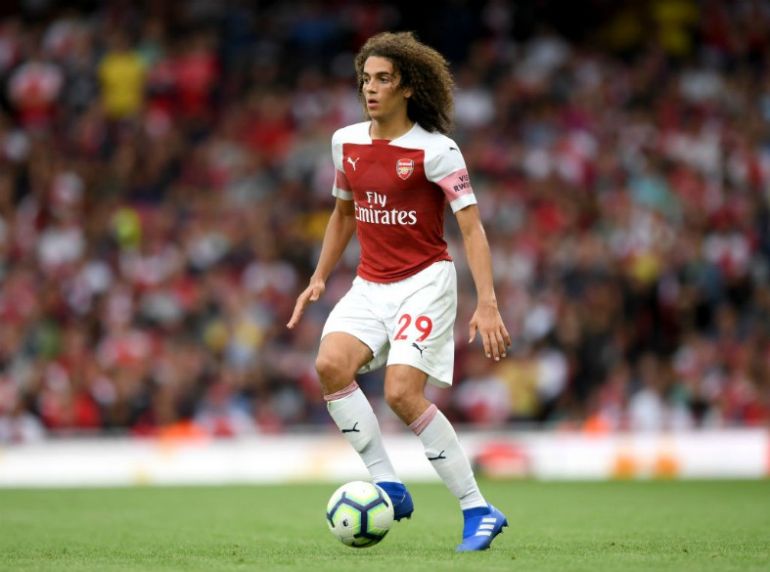 Here’s what the Spaniard had to say on the ace’s development, as per arsenal.com:

“Matteo is a very good example for how we can develop our young players, with new young players or the spirit within the players who are here now,”

“He started last year, at the beginning, with some doubts about his adaptation after he came from Lorient in the second division in France.

“He was very young, but his ambition and his wish to adapt very quickly, as well as his quality, were very good for us. He started playing and training with us, and after, his progress and development during the season was amazing.

“But also, we were working with him on some details we needed to improve with him – his food, his body, how we can work to make it stronger, his arms, his body, his legs.

The 20-year-old’s high-level displays have caught the eye of France boss Didier Deschamps, the central midfielder was called up to his country’s senior squad for the first time to replace Manchester United superstar Paul Pogba.

“This year, I think he’s taken one step ahead, improving and also giving us one level more in his performances. We want to continue with him, working in each training session and in each match.

“For him and for us it’s a big challenge to take that step ahead. For other young players, his spirit, his progress, his development is a good example, for Willock, for Emile Smith Rowe, for Reiss Nelson. It’s a very good example for everybody.”

Guendouzi has made 37 Premier League appearances since joining the Gunners last summer, the ace’s style of play certainly leans into Unai Emery’s philosophies.

The youngster is the type of players that likes to have the ball at his feet – allowing him to dictate a match’s tempo from the middle of the park.

There’s no doubt that the ace can be a crucial first-team player for the Gunners for many years to come if he can continue his impressive performances.

The Frenchman has the potential to develop into a real world class star in the not so distant future.