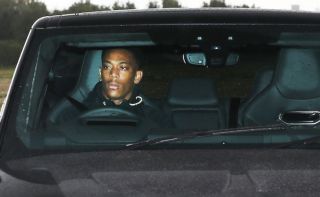 Manchester United are already welcoming some players back to training, as shown in the pictures below.

Utd Report have tweeted images of Anthony Martial and David de Gea already making their way to Carrington, as they weren’t involved in the international break.

Also in the pictures is injured right-back Diogo Dalot, whose presence could perhaps point towards good news regarding his fitness.

BBC Sport are among the sources to claim the youngster has had specialist treatment on a hip injury, so Man Utd fans will hope he’s now set to get to work on making his comeback if he’s joining his team-mates at Carrington.