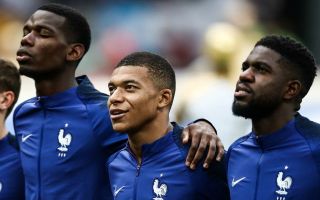 Manchester United midfielder Paul Pogba is reportedly keen to play alongside Barcelona defender Samuel Umtiti in the near future.

According to Don Balon, Pogba has encouraged Umtiti to leave Barcelona after what he perceives to be poor treatment towards him from the club over the summer.

This relates to Barca trying to offload Umtiti in order to sign Paris Saint-Germain forward Neymar, according to Don Balon.

The report goes on to say that, whether Pogba stays at Man Utd or leaves for Real Madrid, he’d be keen on his French international team-mate joining him.

If United could end up signing Umtiti, it would no doubt be a superb addition for the Red Devils in something of a problem area.

Although Ole Gunnar Solskjaer strengthened his defence with the signing of Harry Maguire this summer, he hasn’t made the most convincing start at Old Trafford, while doubts also remain over Victor Lindelof.

While Umtiti has perhaps not been at his very best for a while now after some fitness problems, he would surely improve this MUFC side if he could join and get back to his best.