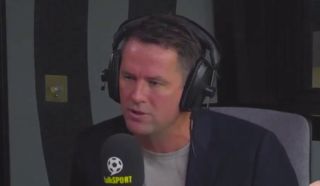 Former Liverpool striker Michael Owen has opened up about his transfer to Real Madrid in the summer of 2004.

Speaking to talkSPORT in the video clip below, the 39-year-old says he couldn’t turn down the opportunity to join such a big club and play alongside so many legendary players.

“I hoped that one day I could come back to Liverpool.” ? @TheMichaelOwen discusses his move from #LFC to Real Madrid. pic.twitter.com/pg7whVMM2R

However, he admits he had it in the back of his mind that he might be able to follow in the footsteps of Reds legend Ian Rush and later get a second spell at Anfield.

Clearly, it didn’t work out that way for Owen, though some Liverpool fans may be pleased to hear he did continue to hold the club in such high regard despite later ending up playing for their rivals Manchester United.