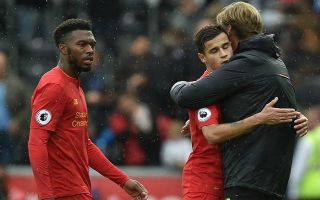 Former Liverpool star Philippe Coutinho praised his former manager Jurgen Klopp, calling the German one of the best coaches in the world.

Klopp has truly transformed the Reds since joining them in October 2015. In his very first, Liverpool reached two finals- the Europa League and the League Cup. The former Borussia Dortmund boss later guided the Merseysiders to the Champions League final last year before guiding them to the title this year.

Klopp has played a major role in Liverpool being considered as one of Europe’s elite back again and Coutinho heaped praise on his former manager. As quoted by Goal, the Bayern Munich man told Sport Bild: “He sent me a message and wished me good luck. He told me that Bayern is a big club and the Bundesliga is a great competition. He said he is very happy to see me there.

“He is simply an amazing coach, one of the best in the world. He is a true leader. I learned so much from him, especially on a psychological level. He always finds the right words, both before the game and during the game, and he always manages to get you back on track with the next opponent. He changed Liverpool and made them really strong again. It was a big honour to work with him.”

There will hardly be a layer who won’t enjoy working under Klopp. His positive outlook and passion for football is enough to make any player desperate to work with him.

Klopp is up for the Best FIFA Men’s Manager of the Year along with his Premier League colleagues Pep Guardiola and Mauricio Pochettino.