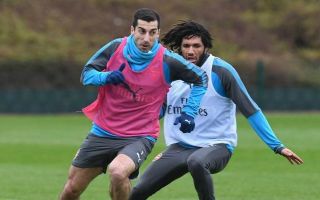 The Egyptian international joined the Gunners from Basel in January 2016 and made 89 appearances for the club, scoring 2 goals and providing 8 assists. Last season, the 27-year-old was far from being a regular, making only 17 appearances across all competitions. He didn’t score any goals but provided an assist against in Arsenal’s group game against Vorskla Poltava.

SEE MORE: Unai Emery tells the one thing he wants Arsenal’s new signings to do

Given the amount of quality Arsenal have in midfield, a move to Besiktas might help Elneny from a game time standpoint. He is yet to make his debut for the club and will hope to feature in Saturday’s match against Gazisehir.

Besiktas are currently 8th in the league table with four points from their first three matches. After playing Gazisehir, Abdullah Avci’s side start their Europa League campaign against Slovakian club Slovan Bratislava.