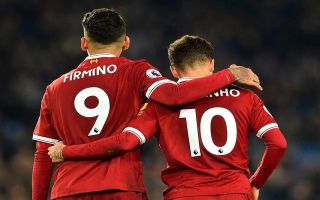 According to Mirror Football via SportBild, Philippe Coutinho was in contact with former Liverpool teammate Roberto Firmino before he left Barcelona to join German giants Bayern Munich on loan this summer.

Coutinho had to leave the Camp Nou this season to try and get his career back on track, the playmaker had massively struggled at Barcelona since the La Liga outfit signed him in a deal worth £142m from Liverpool, as per BBC Sport.

An otherwise dream move for the playmaker has turned into a nightmare.

Coutinho revealed in his interview with SportBild that he received some advice from Firmino on the Bundesliga before completing his move to the Bavarians.

Does Coutinho have what it takes to reignite his career at Bayern after struggling since his big-money move to Barcelona?

Here’s what Coutinho had to say on Firmino’s message of support and how he’s finding life at Bayern so far:

“I talked with Roberto Firmino [who knows the Bundesliga from his time in Hoffenheim] about the intensity of the Bundesliga and the tight matches there.

“He told me a lot about the different Bundesliga teams.”

“Some of my Brazil team-mates asked me how things are going at Bayern.

“I told them how happy I am to be there. I had a great welcome from my team-mates, club, fans, media and want to repay it with goals and performances on the pitch.”

Coutinho has made two appearances for Bayern since his move this summer. The ace came off the bench against Schalke before starting in a convincing with against Mainz.

The Brazilian is yet to make his first goal contribution for the German outfit, but with his fitness getting back up to scratch now, it can’t be long until the 27-year-old finds his feet. 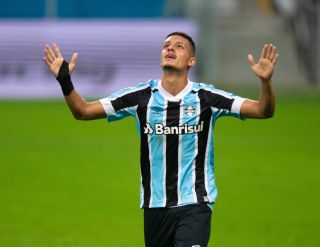