Some Manchester United fans can finally rejoice as the Red Devils are considering a signing in this key position in the January transfer window, who should they sign?

According to the Manchester Evening News, Manchester United are considering the signing of a midfielder in the January transfer window.

The MEN report that £50m-rated Newcastle ace Sean Longstaff was attracting the interest of the Red Devils this summer and the failure to capture a midfield maestro could see the Manchester outfit make a splash in January. It’s added that West Ham sensation Declan Rice is of interest to the Red Devils.

It’s not often that wee big-money moves between Premier League clubs in the January transfer window, who else should United target during the mid-season period?

It’s claimed that the fallen Premier League giants are aware that they’ll need to sign at least one midfielder next year.

The Red Devils certainly have the funds available for a marquee midfield signing, the side cashed in £74m from Romelu Lukaku’s sale to Inter Milan, as per BBC Sport. 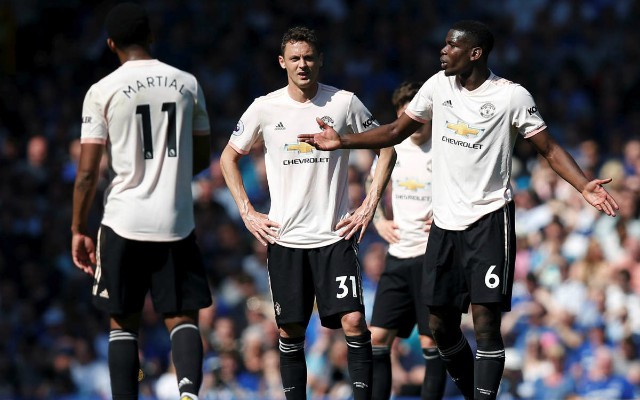 Superstars Pogba and Matic have both largely failed to live up to expectations since joining United.

The main thing for the Manchester club to consider when eyeing midfield targets could be Paul Pogba. Will the superstar take kindly to a high-profile signing in midfield.

The Frenchman’s future is constantly under discussion, The Sun have reported that La Liga giants Real Madrid are interested in the World Cup winner.

A plus side of United’s decision not to add a midfielder this summer is that youngster Scott McTominay has been allowed to flourish so far this season.

The rest of United’s so-called midfield maestros have failed to make an impact in the opening four Premier League games of the new campaign.

Former Chelsea star Nemanja Matic looks out of his depth when facing up against the modern style of central midfielder, last summer’s marquee signing Fred is nowhere to be seen and the Brazilian looks set to be the club’s latest expensive flop.

Ole Gunnar Solskjaer’s side are in desperate need of a midfield shake-up, the Red Devils often lose their grip on games because their inability to dictate the tempo from the middle of the park.