There was so much written and speculated about Neymar returning to Spain this Summer that it’s strange to think he will now be playing for PSG again. A prominent figure in Paris has tipped him to make a huge difference if he can get his head right.

L’Equipe reported on some comments made by Anne Hidalgo, the Mayor of Paris, about the return of Neymar and how he could help the team.

READ MORE: Video: Shocking moment German player has to be held back after getting sent off for punching fan

She commented how the people of Paris will support him and he’s capable of helping the Parisian’s win the Champions League this year. She went on to say she believes the supporters will eventually forgive him and if he can show a bit of humility then he’s capable of great things.

Although a politician talking about football wouldn’t usually carry any relevance, she makes a great point. Neymar made it so clear he wanted to leave this Summer that he has a lot of work to do to actually get the fans back on side.

So much of the focus on him has been about his behaviour off the pitch it’s pretty easy to overlook how important he’s been on the pitch. 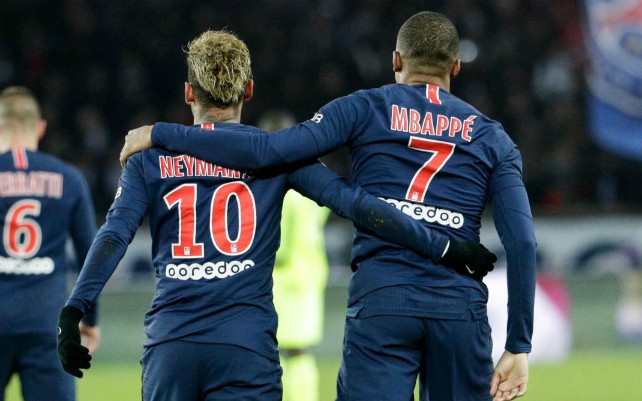 Neymar and Mbappe are a deadly combination

Injuries have limited his appearances but he’s still managed to score 51 goals in 58 games since moving to France. They often fall short in the Champions League but a front line of Neymar, Cavani and Mbappe on top form is enough to cause problems for any defence in Europe.

It will be interesting to see how he does and how he’s received on his return.