Real Madrid are now a step closer to landing Chelsea and France midfielder N’Golo Kante, after Los Blancos reached a verbal agreement with the west London side regarding the Frenchman.

Kante has turned into one of the best and most highly-rated midfielders on the planet in recent years, with the Frenchman proving to be a key part of both Chelsea and France’s set-ups.

And it seems like this rise to prominence that Kante has gone through in recent years hasn’t gone unnoticed by a certain Real Madrid, with recent events now meaning that Real are closer to landing the French international.

As per Defensa Central, via the Express, Real have reached an agreement with the Blues regarding Kante, one that means Lampard’s side have to inform Los Blancos when they receive any offers for the midfielder.

The agreement also means that should Chelsea decide to put Kante up for sale in the future, they must alert Real Madrid of this decision immediately. 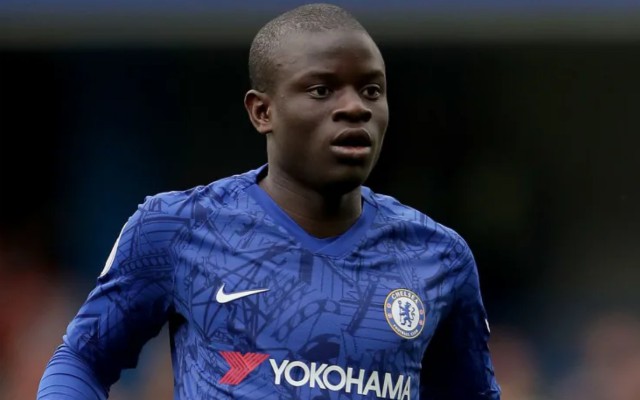 Chelsea have reached an agreement with Real regarding Kante

Given these two stipulations, Real will be completely aware should anything significant happen regarding Kante’s future, something that should definitely be seen as a good thing.

This mean that if any club come in for Kante, Real will be aware of it and will be able to make their own offer to try and beat whatever club are also in the race for the 28-year-old.

Following this, it seems like Zidane’s side now have an advantage over any other side in the world in the race to sign Kante in the near future, something Real fans will undoubtedly be happy with.