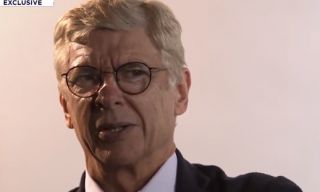 Former Arsenal manager Arsene Wenger has warned he’s unconvinced that this generation of Manchester United youngsters can replicate greats of the past such as Ryan Giggs, Paul Scholes and David Beckham.

Speaking to beIN in the video below, the Frenchman says he feels this current Man Utd side is struggling due to inexperience as he casts his doubts over whether this group can be as successful as some of Sir Alex Ferguson’s most legendary sides.

“You feel that something is coming out, but it is not ready. When you watch them play they are not candidates to fight for the Championship,” Wenger said.

“Will they be able to emulate what Giggs, Scholes and Beckham did over the years? Personally I am not convinced.”

Wenger "not convinced" #MUFC youngsters can emulate Class of '92 as he writes off their title chances this season!#beINWenger

Like Ole Gunnar Solskjaer now, Ferguson put a great deal of trust into his academy players, and it undoubtedly paid off as the likes of Giggs, Scholes, Beckham and others became world class and delivered plenty of trophies.

Solskjaer, however, doesn’t currently look like replicating that and could be taking a big risk after selling more proven, experienced names this summer without replacing them.