I’ll happily admit you’re either a huge fan of Football Manager or you just don’t see the appeal of treating a video game as a second job. There’s nothing more satisfying than finding a wonder kid before he makes the big time in real life. A look at the top rated players from FM 2009 shows not everyone fulfils their potential. Here’s a look at some:

Gareth Bale – Back in 2009 Bale was highly rated, albeit as an attacking left-back at Spurs and valued at around $9m. It’s easy to wonder how his career might have panned out if he was forced to stay as a full-back for his entire career. We will never know, as he became a menace further up the pitch and went on to play a pivotal role in two Champions League final’s for Real Madrid and was even the most expensive player in the World before transfer fees went crazy. Undoubtedly exceeded expectations

Sergio Aguero – Aguero will forever go down as one of the greats in the Premier League era, from that goal which won Man City the title to scoring 237 goals in total for City. Football Manager rated him as being worth $38m as a 20 year old at Atletico Madrid. Another player who more than lived up to the wonder-kid tag bestowed upon him.

Marek Hamsik – It’s easy to underrate how important Hamsik has been for Napoli as they rose from relegation to become one of the main forces in Italian football. Often overshadowed by players like Cavani, Lavezzi and Higuain, he went on to have a stellar career and will go down as one of Napoli’s greats. Over 500 appearances with 121 goals is an outstanding return for a midfielder who was forced deeper as his career went on. He’s still going in China and achieved more than was ever really expected of him.

Gojko Kacar – The Serbian looked promising as a powerful utility player who could play anywhere through the spine of the team. He was even linked by the Daily Mail to a big move to Man United in 2010. A combination of injuries and a poor choice of transfer to Hamburg in 2010 derailed his promising career. Injuries restricted him to just three appearances in three years at one point and he never fully recovered. Currently playing in Cyprus. 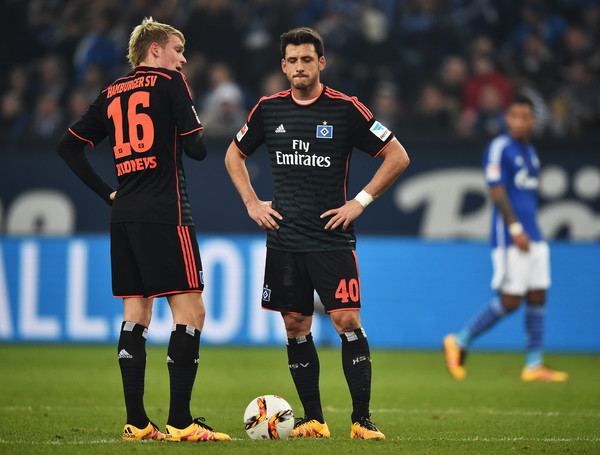 Kacar was linked with Man United

Nuri Sahin – Yet another example of injuries and a bad choice of transfer which ruined a truly promising career. He was a hugely promising 19-year-old at Borussia Dortmund back in 2009 before a move to Real Madrid in 2011 completely hampered him. A variety of loan spells only saw him make three league appearances in three years in Madrid. He still plays at a high level with Werder Bremen but you feel he was destined for bigger things.

Rodney Sneijder – The younger brother of the great Wesley, it looked like Rodney was set to be another great player who came through the Ajax youth system. In the end he didn’t play a league game for Ajax and eventually found himself at Dundee United in July 2015. His one appearance in Scotland was so successful the club terminated his contract less than one month after signing. It now looks like he’s playing amateur football in Holland, despite only being 28. 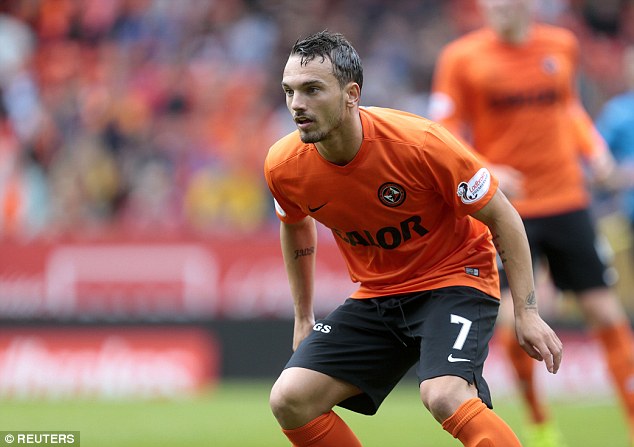 A rare sighting of Rodney Sneijder in action for Dundee United

Jack Rodwell – Part of me feels the name is enough to stand alone with no explanation. Rodwell looked so promising when he broke through at Everton and looked like he would go on to be a Premier League and England great. The move to Man City and then Sunderland saw his form absolutely dive off a cliff. He’s trying to resurrect his career at Blackburn Rovers but there’s no doubting he’s not lived up to his earlier billing.

Keirrison– Huge things were expected from the young Brazilian who was a prolific young striker for Coritiba back in 2009. He eventually signed for Barcelona in 2009 after 32 goals in 50 league games and looked to have the world at his feet. Astonishingly he never actually played in La Liga for Barca. A series of failed loan moves have seen him drop out of professional football entirely despite only being 30. His last known side was a fourth tier Brazilian side in 2018.

It just goes to show a talented player will not always go on to live up to their early potential. A mix of injuries and human factors can see players crash out of the game before they turn 30.