Arsenal midfielder Granit Xhaka has been sent a number of mocking messages by some fans after posting on Instagram earlier today.

See below as the Switzerland international posts a fairly innocent update ahead of the Gunners’ clash with Watford in the Premier League this weekend.

Still, following Xhaka’s poor form in recent times, particularly in the 2-2 draw with Tottenham as he gave away a needless penalty, it’s clear he’s not Mr Popular among the Arsenal faithful right now.

While a few fans have stuck up for Xhaka, here’s an example of some of the rather mean replies being sent his way…

“Glad you are practicing [sic] how to sit on bench”

“Get out of our club” 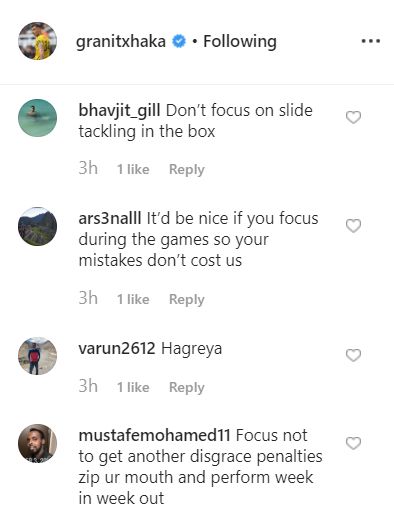