Former Manchester United defender Johnny Evans has backed Harry Maguire to be a “real success” at Old Trafford over the next decade.

As per The Independent, Maguire joined the Red Devils for an £80 million fee from Leicester City at the start of August, becoming Ole Gunnar Solskjaer’s third summer signing.

The 26-year-old has been a fixture in United’s line up at the start of the new season, forming a solid partnership at the back alongside Victor Lindelof.

Solskjaer’s side have only managed to pick up five points from a possible 12 so far, but Maguire has been a standout performer, making the transition from the King Power Stadium to the Theatre of Dreams seamlessly.

Ex-United star Evans, who played alongside the England international for Leicester, insists a summer arrival will prove to be a long-term “bargain’ at Old Trafford.

The Foxes defender told the Daily Mirror: “I think Harry will be at United for eight, nine or 10 years.

“When it comes to that point, I think people will look back at the fee and say it was a bargain.

Maguire has made a strong start to his Man Utd career

“I’ve been really impressed with Harry. I think he’ll go on to be a real success at United and he could go on to be their captain – there’s no doubt about that.

“I only spent a season playing with him, but it felt like we formed a good relationship, on and off the pitch.

“He’s a fantastic player and he suits everything United are looking for.

“Not just in his playing style, but how he behaves off the pitch and the personality he can bring.

“He likes to build games out from the back, start attacks and show his personality on the ball.”

Leicester will arrive in Manchester to pit their wits against Solskjaer’s men on Saturday afternoon, in a crucial Premier League clash which will see Maguire line up against his former club.

Evans went on to admit it will be a “strange occasion” before expressing his belief that Maguire has the “experience” to cope with the weight of expectation at Old Trafford.

“He had a tremendous time at Leicester and is really close with a lot of the boys, so I’m sure it’ll be a strange occasion for him, playing against us,” Evans added – as per the Mirror. 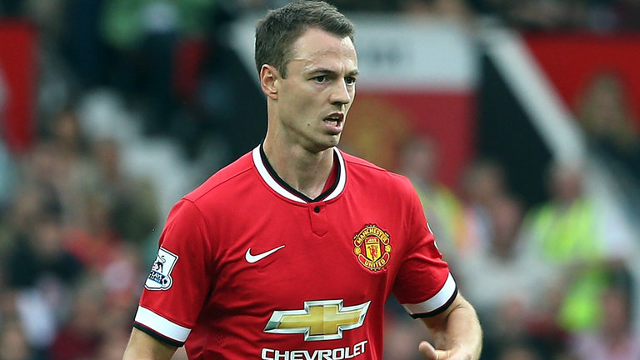 “We talk about the pressure of being at United, but I think it’s the level of scrutiny that’s the hardest thing to get used to.

“It’s not necessarily what you’re doing on the pitch, it’s the fact that everything you do in your life is scrutinised, everywhere you go.

“So it’s that level of scrutiny he’s going to come under, but he’s had that experience with England and I think he handled that tremendously.

“Harry’s got the personality to handle that. He’s a very laid-back character, but also very driven to succeed and a very intelligent guy.

“He’s unbelievable with the ball at his feet, can attack the ball well in the air, and, with all that in his locker, I think he’s the complete defender in the modern game.”