Manchester United are set to offer Victor Lindelof a new deal, with Ole Gunnar Solskjaer intent on keeping his defensive line intact for years to come.

Lindelof moved to Old Trafford from Benfica for £31 million back in 2017 – as per The Telegraph – and has since established himself as a key performer for the Red Devils.

The Sweden international is now one of the first names on Ole Gunnar Solskjaer’s teamsheet and he has already struck up a formidable partnership with summer signing Harry Maguire, which bodes well for the future.

The United boss is eager for Lindelof to sign a bumper new four-year contract at the Theatre of Dreams, with his existing deal set to expire in 2022.

According to The Sun, United are prepared to increase the 25-year-old’s wage packet to £150,000 per week, with the option of a further one-year extension. 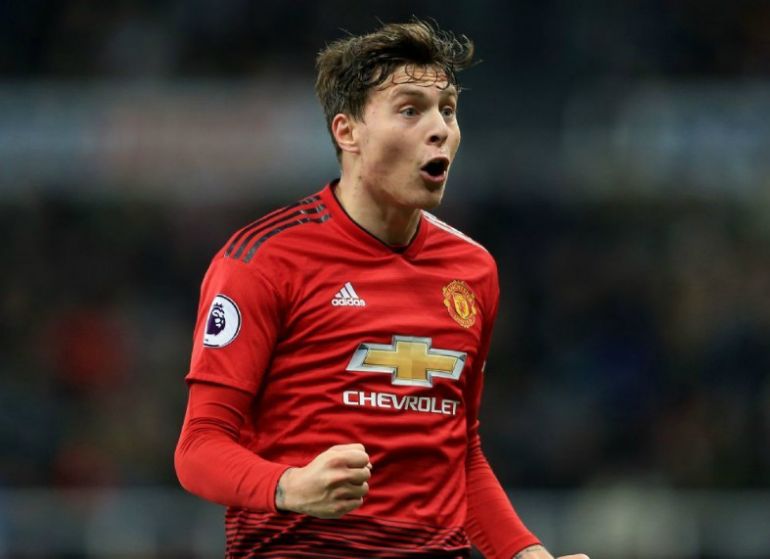 Lindelof has emerged as one of United’s most consistent performers

Solskjaer wants to make sure he keeps a solid back four in place over the next five years, serving as the foundation for his long-term vision at Old Trafford.

Maguire agreed to join United on a deal set to run until 2025, as did another of the club’s summer arrivals, Aaron Wan-Bissaka.

Luke Shaw completes the Red Devils’ defence, with his contract not due for expiration until 2024, at which time he will be able to extend his stay by a further year.

If Lindelof agrees to fresh terms in the coming weeks, United’s defence will be firmly in place for the foreseeable future, which can only be a good thing for the team’s chances of progression.

The Swede seems to be improving with each passing game and his continued presence in Solskjaer’s starting XI will be crucial in their pursuit of a top-four Premier League finish this season.