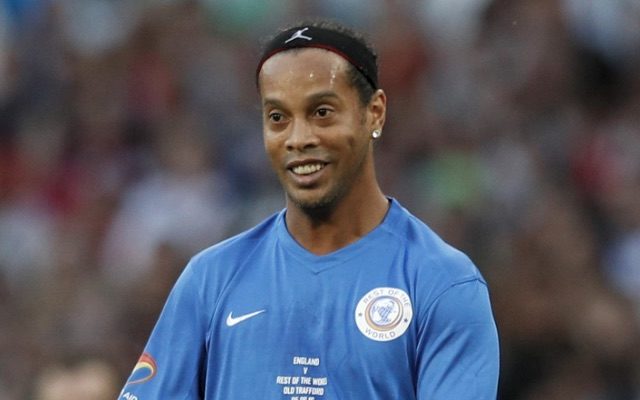 Brazilian football legend Ronaldinho is expected to come out of retirement to play for Independiente Santa Fe in a friendly in October.

As seen in a video posted by the club on Twitter below, they have seemingly confirmed that Ronaldinho will put the boots back on despite being 39 years of age and will feature in a friendly on October 17.

SEE MORE: How Ronaldinho is still loving life despite financial troubles after football

It remains to be seen who the opposition are and what made the Brazilian superstar decide that this was the right game to come back for, but naturally it’s not going to be some sort of comeback and is likely to be a one off appearance or perhaps just an isolated deal to play in Colombia.

Given his financial troubles in recent times though, it’s also unclear at this stage as to whether or not he’ll be allowed to travel outside of Brazil, with previous reports suggesting that he has had his passport confiscated.

In turn, further details will undoubtedly be released in the coming weeks but it would appear as though fans will get another chance to see Ronaldinho in action and that is a win for all concerned.