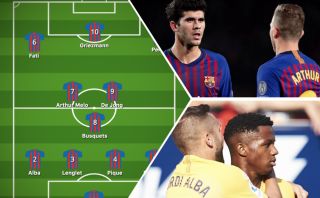 Barcelona take on Valencia in La Liga this weekend, as they look to get back to winning ways in the league following the international break.

The Blaugrana drew their most recent games against Osasuna in the league, as Valverde’s side succumbed to a 2-2 draw with the newly-promoted side at the El Sadar Stadium.

The result saw the Spanish giants drop even more points in La Liga, something that means they’re now five points behind leaders Atletico Madrid in the race for the league title.

And now, Barca have the tricky test of Valencia to overcome this weekend, as they continue life without superstar Lionel Messi.

The club talisman has confirmed that he won’t be taking part in his side’s match against Los Che as he’s failed to recover from a calf injury in time.

However, it seems like Luis Suarez will be available for the match, as the Uruguayan, unlike Messi, has recovered in time to take on Valencia in two days time.

Given that he’s only just come back from injury, we would be surprised to see the forward start against Los Che, who recently got rid of manager Marcelino despite him achieving a top four finish last year.

Suarez’s late recovery means that we should see Griezmann and Carles Perez keep their places in Barca’s starting XI, however with Rafinha now at Celta Vigo, the club will have to find another player to play on the left of their attack.

And Valverde should be looking no further than 16-year-old wonder-kid Ansu Fati, who’s made a surprisingly good start to life with the club’s first team.

Fati has looked impressive against Real Betis and Osasuna, with the winger even scoring against Jagoba Arrasate’s side during Barca’s last league outing.

Given Nelson Semedo’s performance against Osasuna, we wouldn’t be shocked to see Roberto start at right-back, something that should see Arthur Melo return to the club’s starting XI on Saturday.

The Brazilian looked brilliant once coming on against Osasuna, as he scored the club’s second goal of the match in what was a superb cameo display from the midfielder.

Considering all of this, this is how we expect Barcelona to line-up against their opponents on Saturday. 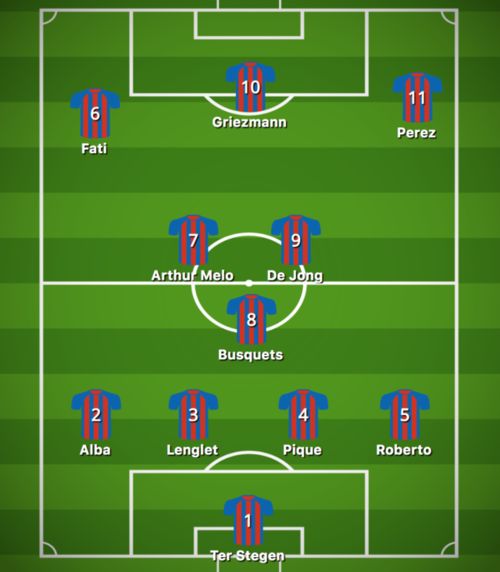