Real Madrid boss Zinedine Zidane will not risk Federico Valverde in a La Liga clash on Saturday after he picked up a knock on international duty.

The 21-year-old ace starred for Uruguay in friendlies against Costa Rica and the United States last week, but sustained a minor injury which will force him to miss a clash with Levante this weekend.

According to Marca, Zidane will not include Valverde in his latest matchday squad, as he joins a growing list of absentees on the sidelines at Santiago Bernabeu.

Isco, Marco Asensio and Luka Modric are all still unavailable, while summer signing Eden Hazard has only just returned to the fold after injury.

As Madrid’s injury crisis deepens, Zidane will also be without Gareth Bale against Levante, who misses out due to suspension.

The Blancos boss will surely have one eye on a Champions League group stage opener against Paris Saint Germain next week, which could end up taking on great significance. 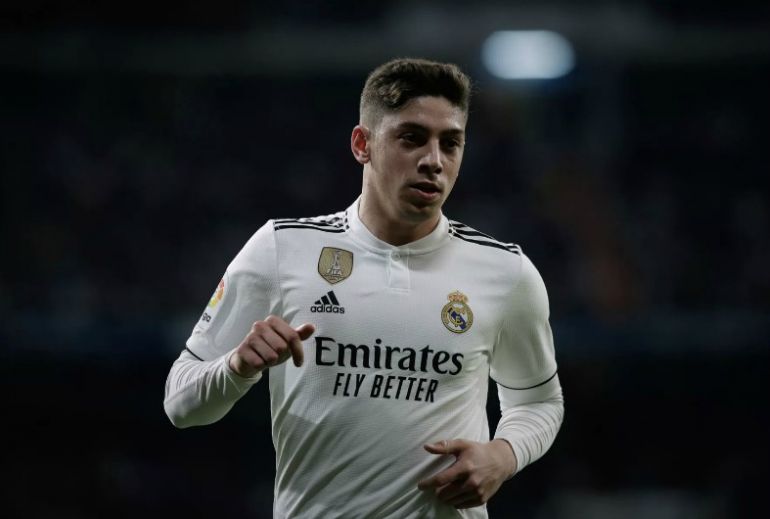 Valverde in action for Real Madrid

The pressure is building on Zidane after a slow start to the 2019-20 campaign, which has seen his side pick up just five points from a possible nine.

More dropped points in La Liga would a huge blow ahead of a trip to Parc des Princes on Wednesday and PSG may fancy their chances of victory against an under-strength Blancos side.

However, the mood at the Bernabeu would significantly improve if Madrid can beat Levante, especially given the fact so many key players are missing.

Zidane didn’t quite manage to complete a summer overhaul, but he did increase the overall depth within his squad, which could be crucial to their chances of getting through a difficult period unscathed.