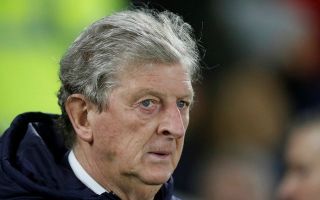 Pinto joined Manresa this summer and is already attracting interest from English clubs. According to Brazilian outlet Lance, Crystal Palace are interested in signing the Brazilian who recently recovered from a knee injury.

The report also states that Fulham and Charlton Atletic are also keen on signing Pinto with Manresa’s staff confirming the interest of the clubs.

Pinto currently plays in Spain’s third-tier but a move to England could be good for his development. Crystal Palace would be a fine destination for the Brazilian but signing won’t be very easy for the Eagles as Championship clubs Charlton Athletic and Fulham will also try to sign him.

While Palace would be a suitable destination for Pinto, he might find more game time in the Championship. Charlton Athletic have begun the season strongly and are currently 2nd in the table, having not lost any of their six games so far. Fulham are not far behind in 6th position.