Manchester United boss Ole Gunnar Solskjaer is confident David de Gea will pledge his future to the club in the coming weeks.

The Spaniard’s existing deal expires at the end of the season and he will be free to negotiate a pre-contract agreement with potential suitors in January.

However, United have been trying to negotiate fresh terms with a key superstar for many months now, tabling an offer which includes a significant pay rise.

According to the Evening Standard, De Gea had previously agreed to sign a fresh six-year deal worth £370,000 per week, but talks have stalled amid an alarming loss of form on the pitch.

United have been heavily linked with Atletico Madrid’s Jan Oblak, with some fans and experts suggesting that the current number one has reached the end of his journey in Manchester.

However, Solskjaer is still optimistic that De Gea will sign a new long term-deal, as he told a press conference on Friday (as per ES): “I want David to stay here.

“He knows that and David’s, for me, the best goalkeeper in the world. 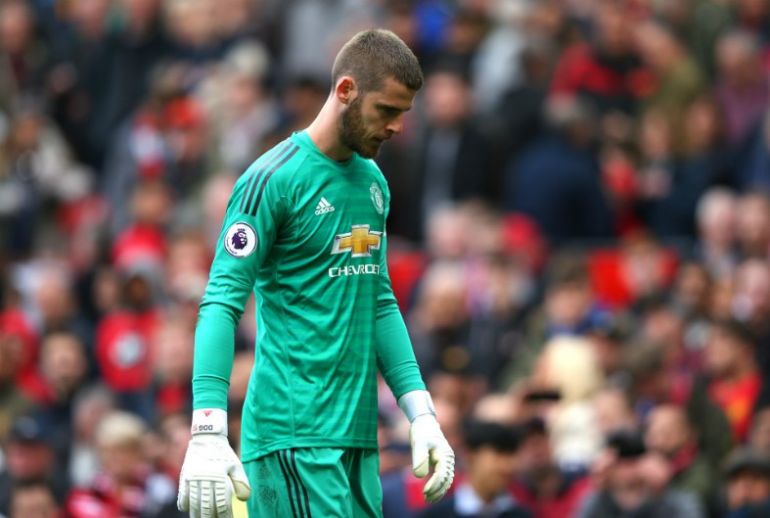 De Gea is due to become a free agent next summer

“We’ve seen that over the years, and I hope that I can make sure that he’ll finish his career at Man United at the highest level.

“And hopefully… there’s been loads of talks, loads of discussions between David and the club and hopefully we can get it done.”

The Spanish shot-stopper’s late error gifted Crystal Palace a 2-1 victory at Old Trafford on August 31, which raised familiar questions over his mindset.

De Gea made several mistakes towards the end of last season, costing United a large number of points in the process, amid continued speculation over his future.

If the 28-year-old commits to an extension, he might finally be able to rediscover his best form, which would be the ideal scenario for the Red Devils as they pursue a spot in the Premier League’s top four.