Arsenal have been handed a big boost regarding the fitness levels of four of their players ahead of their Premier League clash against Watford this weekend.

The Gunners are set to travel to Vicarage Road on Saturday to take on Quique Sanchez Flores’ side, as they look to get back to winning ways in the league following their 2-2 draw vs Spurs before the international break.

Arsenal’s opponents, Watford, are yet to win a game this season, with the Hornets losing three of their opening four games, drawing the other one, a string of results that lead to the club sacking Javi Gracia earlier this month.

Given this, we’re sure all Arsenal fans will be very optimistic regarding their’s sides chances tomorrow, as they look to claim their third win of the season.

Ahead of the game, Unai Emery and Co have been handed a boost regarding the fitness levels of four of their first team players.

As per the club’s official website, all of Kieran Tierney, Hector Bellein, Rob Holding and Dinos Mavropanos have all returned to full training, whilst Alexandre Lacazette has picked up an ankle injury that’ll keep him out until October. 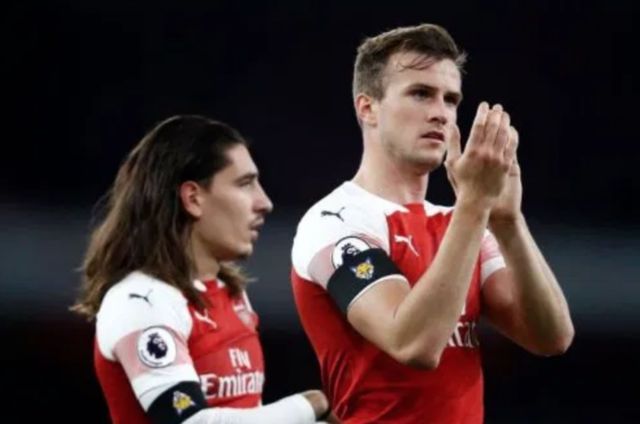 Given that these four stars have just returned to training following their respective injuries, we doubt any of them will be fit enough to play against Watford this weekend.

However despite it, it seems like the Gunners are close to having all of the quartet back fit and available, something that’ll only be seen as good news by Emery and Co.