Man Utd have reportedly been scouting Benfica youngster Florentino Luis, but they could face stiff competition from Roma and Juventus for his signature.

The 20-year-old has come through the youth ranks at Benfica and has gone on to make 69 appearances at senior level already which suggests that he has the talent required to gain the faith of the coaching staff to feature regularly despite his inexperience.

However, his form for the Portuguese giants has seemingly attracted interest from elsewhere, with Calciomercato noting, via the paper edition of A Bola, that Man Utd have sent a scout to take a closer look at the talented youngster.

They may well face competition for him though, as it’s added in that report above that both Juventus and Roma have also been alerted to his quality and could be preparing to make a move of their own.

Time will tell which, if any, of the sides noted above are able to convince Benfica to sell and bolster their respective squad with Luis, but it certainly won’t be cheap as the Daily Mail report that the defensive midfielder has a £90m release clause in his current contract.

Whether or not Benfica would demand that figure to green light a sale is questionable, but that does put them in a strong position to hold out for a significant bid before allowing the starlet to leave.

In turn, whichever club does decide to lodge an offer, they will have to be certain that Luis is ready to take his game to the next level in the coming years and flourish as ultimately signing a player of his age at this stage of his career for such a huge fee would be a major gamble.

Chelsea’s chances of sealing £31.5m exit for flop are boosted as Monaco make a move for Florentino Luis 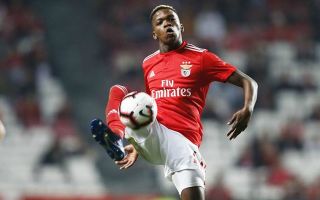