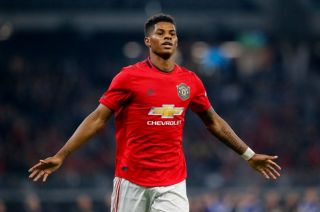 The Portuguese tactician enjoyed a successful start to life at Old Trafford, but departed last December as they began to slip off the pace and struggled to compete for their objectives.

In came former striker Solskjaer and an immediate upturn in form followed, although that dipped again in the latter stages of the campaign and the Red Devils not only missed out on a top-four finish in the Premier League but also ended up empty-handed.

However, Rashford has backed the current boss as he has insisted that he needs time to carry out his long-term plan for United, while also discussing the difference between him and Mourinho in an interview with Gary Lineker, as per the link below.

“He’s [Solskjaer] very different but I think it’s expected because he’s played. Off the pitch he understands the players a bit more,” he told BBC Sport. “I don’t think it was a problem for him [Mourinho], because he’s obviously a top manager and he has his way of reading people.

“But for me I think when a manager has played, they’ve lived the lifestyle that we’ve lived and they might be a bit more understanding.

“Right now everyone’s confident in the manager,” Rashford added. “We might not be doing everything he’s telling us to perfection yet, but the initial response to his tactics, his training, has been phenomenal.”

It’s all well and good having a better connection and understanding with the manager, but ultimately if the results don’t arrive, then it might not be long before Solskjaer comes under increasing pressure from the hierarchy and fans.

Man Utd have picked up just five points from their opening four games, leaving them in eighth place.

Rashford has certainly impressed and improved under Solskjaer, and he has two goals and an assist in four outings so far this season. However, they’ll need to be better as a team and deliver more consistently if they are to make the progress that they desire.