The emergence on Jadon Sancho during his time in Germany has really opened the door for British youngsters to follow in his footsteps and get first team experience at a high level. Along with Sancho, Ademola Lookman, Oli Burke and Rabbi Matondo have all enjoyed spells in Germany.

Jonjoe Kenny looks like the latest player you can add to that list after the youngster on loan from Everton was given the Bundesliga Rookie of the Month award for August:

We have a winner ?@s04_en‘s Jonjoe Kenny is your August #BLRookie of the Month! ? pic.twitter.com/fSJTiSRg0n

The right-back has enjoyed a fine start to his loan spell with Schalke, and it’s been recognised with the award.

He scored one goal in his three appearances in August and looked impressive as he looks to become a first team regular this season.

He had featured in 33 Premier League games for Everton before making the move this Summer, but he never gave the impression of being someone who would nail down a spot in Marco Silva’s preferred starting XI. 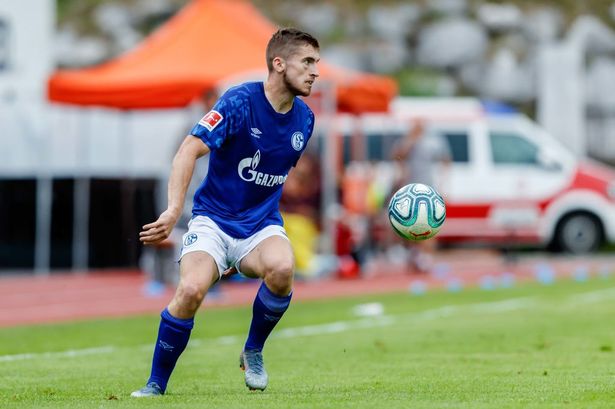 Jonjoe Kenny in action for Schalke

With Seamus Coleman set to turn 31 later in the year, a good season in Germany could see Kenny come back as a genuine long term option in the Everton defence.

He will have the chance to extend his fine start to the season as Schalke travel to face Paderborn on Sunday afternoon. The game will be shown live on BT Sport for anyone who wants to watch him in action.