Barcelona have been handed a boost regarding the fitness of goalkeeper Neto, after the Brazilian shot-stopper returned to training recently following a lengthy lay-off due to injury.

The club announced a month ago that the newly-signed ‘keeper was to be out for around six to eight weeks after he underwent surgery on a hand injury. 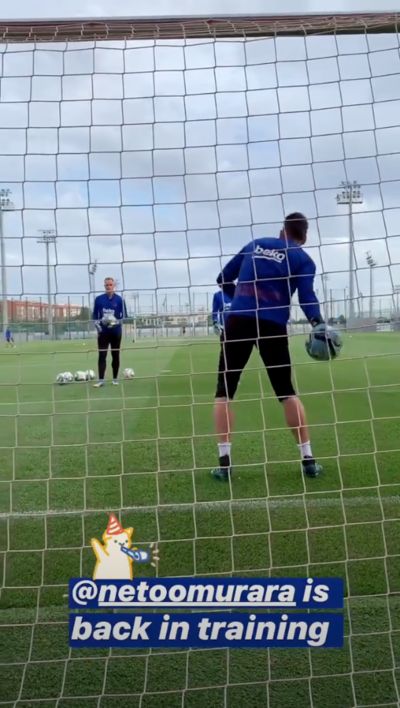 And now, it seems like the former Valencia man is close to making a full recovery, after he was spotted training on the club’s recent Instagram story, which can be seen above.