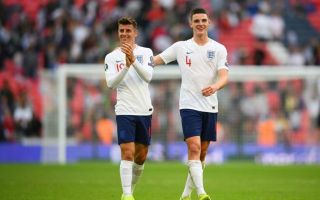 The 20-year-old is widely regarded as among the most talented youngsters in the Premier League thanks to his performances for the Hammers. Rice has made 74 appearances for the London outfit so far, scoring twice and providing an assist.

The youngster’s club performances earned him a call-up to the England national team this year and he has so far featured for the Three Lions 5 times.

Nicholas is of the opinion that Rice is often clumsy and makes mistakes. In his column for Sky Sports, the former Scottish international said: “Manuel Pellegrini is a smart man, and he likes to get a nice balance. Jack Wilshere and Mark Noble will be back in. People are far too excited about Declan Rice, with lots of mistakes and clumsiness there, as is the predictability with West Ham.”

The 20-year-old featured in both of England’s Euro qualifiers against Bulgaria and Kosovo. However, his performance in the latter game was somewhat lukewarm. Rice’s tackle helped Raheem Sterling set Jadon Sancho up for England’s third goal but his lack of concentration was a key reason behind Kosovo’s second goal.

The West Ham midfielder has sure made a couple of errors but has also shown a lot of promise. Besides, he’s only 20 and is bound to mature his game.

Rice will hope to produce a fine performance on Monday when the Hammers play Aston Villa at Villa Park.